One hundred young adults from Africa, Asia, Europe, North and South America, came together in Peking, China from August 6th to August 11th, for the international plenary session of the World Youth Parliament (www.wyparliament.org), an international forum organized by Idente Youth (www.identeyouth.org). The topic was, “A Journey called Forgiveness; Interpersonal Relationships: Keys for a New Civilization.” It’s goal was to propose the experience of forgiveness as restorative to human relationships and as a key piece to a more just and fraternal society. The event was co-organized and co-sponsored by the Fernando Rielo Foundation and the Chinese People’s Association for Friendship with Foreign Countries (CPAFFC).

Within a rich atmosphere of cultural and religious diversity, the young people concluded that forgiveness is key for human co-existence in a society that is full of hatred and individualism. Forgiveness provides human dignity and restores broken bonds, because it requires empathy and an authentic encounter between people. Therefore, it is applicable between countries and cultures.

Starting in 2014, about 3,000 young people from Bolivia, Brazil, Cameroon, Chile, China, Colombia, Ecuador, Germany, Italy, Japan, Mexico, Peru, Philippines, Russia, South Korea, Spain, and the United States worked on the topic of forgiveness as a key to all types of relationships. One hundred of these approximately 3,000 young people traveled to China this summer, to represent their country. In the WYP international plenary sessions, the representatives of various countries came together to collect the contributions of each and every young person that worked on the project. Their goal was to compose a manifest on forgiveness that embraced the experiences of all the youth. In order to compose the final document, the young people of WYP followed a unique methodology titled, “Field of Ideas”. At its core, is the following: the more a person wishes to sustain the strength of an idea, the more they sustain the positive elements of the ideas of others. This is accomplished through a series of rules and guidelines for parliamentary dialogue which the participants work to follow. These are simple rules, yet are not easy to follow. They help to avoid tensions, useless or unpleasant debate, and, primarily, creates an experience in and from peace. Thanks to this truly collegial collaboration and starting with the ideas of others, a sense of unity is achieved, founded in ideas that evolve, are creative, and cooperative. This creates an environment conducive to listening, encounter, respect, and personal commitment to make decisions and create proposals together. All of this is a great challenge, given that the World Youth Parliament is open to all young adults, regardless of their beliefs, religion, or culture.

Its worldwide journey began in 2009 in Rome. Afterwards, it took place in 2010 in the United Nations Headquarters in NY, where the “Magna Carta of Values for a New Civilization” was presented. In 2014, at Humboldt University in Berlin, the “Magna Carta on the School of Hope” was then presented.

The WYP was designed in 1981 by Fernando Rielo Pardal, whom also founded Idente Youth. WYP is a permanent forum for dialogue and for the elaboration of ideas, where young adults from around the world share their reflections and worries regarding important topics of human coexistence. Its purpose: to restore humanity, beginning with oneself. The fact that this last plenary session was held in China is a sign of WYP’s universality: one hundred young adults from different parts of the world whom have shared the richness of the humanity that unites them. 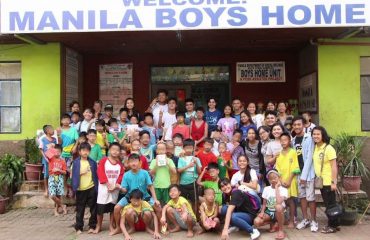 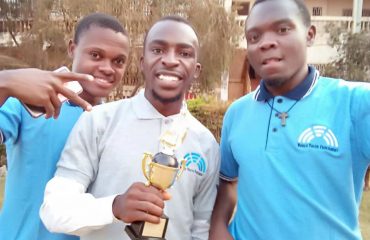 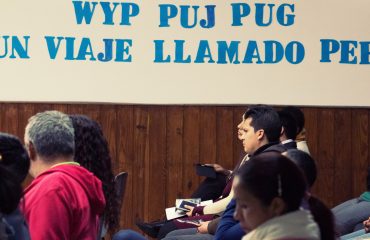