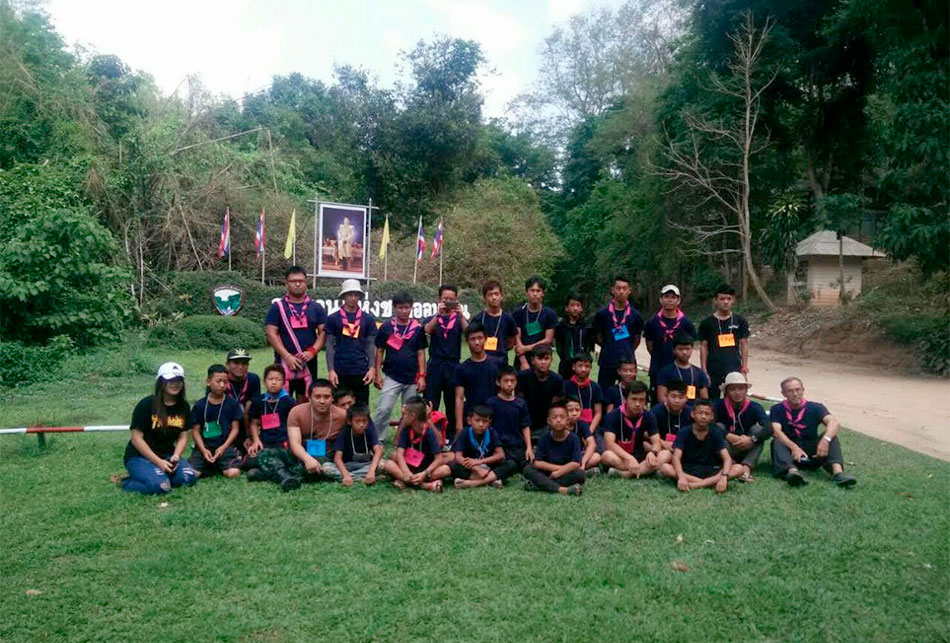 In response to the proposal made by Thinnakorn Latoo and Tanongsak Bikho, Idente teachers, who were recently ordained to the priesthood, the First Idente Youth Camp was held in Chiang Mai, located in northern Thailand, May 8-12, 2017. In 2007, when the idente missionarie Komkrit was working in Wiang Pa Pao, named by Bishop Joseph spiritual director and education inspector, the idente missionarie Eduardo Domínguez organized a Motus Christi with camping and recreational activities and the use of tents for the young people of Wiang Pa Pao in Sarapi, with the help of the idente missionaries Teerawit, Thinnakorn, and Tanongsak. That was an Idente Youth pre-camp, though still lacking the symbols and complete program of Idente Youth. In that same year, Komkrit and Teerawit were involved in an accident and returned to our Heavenly Father. That painful event also led to a halt to the camps in Wiang Pa Pao. Ten years later, in the wake of special occurrences, such as the ordination of Thinnakorn and Tanongsak and the audience of the President of Idente Missionaries, Rev. Jesús Fernández, with Bishop Francis Xavier of Chiang Mai, we again received the opportunity to help on weekends at Wiang Pa Pao. 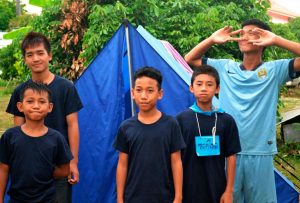 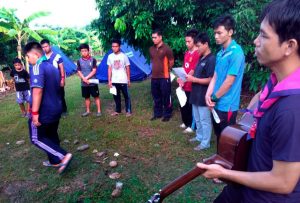 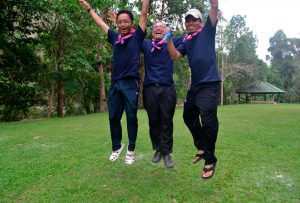 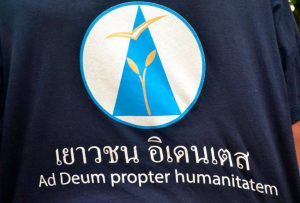 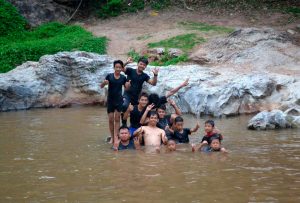 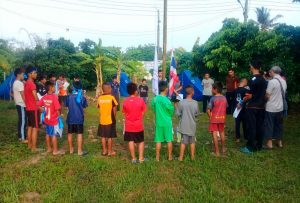 During the camp the flag hymn was sung in the morning and the evening, in a version translated by Thinnakorn into Thai from Italian. Shirts were made with the emblem and motto of Idente Youth. Lively games and competitive sports were organized, drawing activities, and so on. Seminars were held on law, the self-sufficient economy propagated by King Rama IX, and integral health. The campfire took place nearly every day, with enthusiastic participation. Mass was celebrated daily and included attendance by people from outside the campsite, and the young campers prepared the accompanying music with dedication.

There was a day-long excursion to a national park, as well as an olympics, with prizes and diplomas.
This camp stood out for the virtue of generosity. Tents were lent us in Wiang Pa Pao, and kitchen utensils were provided by a nearby Buddhist monastery. Moreover, several families volunteered to help with cooking and even brought dinners for everyone. Some of the women Missionaries also helped with both cooking and other activities. Yotsaya deserves special mention: with her nursing background, she spoke to the young people about integral health involving body and spirit. The experience was very positive for all, especially the young campers from the area, who quickly became Idente Youth teachers. At one of the Masses we recalled that our Founder had an intense camping experience in Valsaín, with the call to holiness; as a result, our camps are not just recreational—rather, we place our lives and talents at the service of all, in the presence of our Heavenly Father.

The general impression we all received is that we were not the same afterwards—the spirit of Idente Youth had sealed our lives. The camp does not end, as we sing when raising and lowering the flags, but spurs us towards the ideal of holiness and spirit of fraternity until our encounter with our Heavenly Father, whose symbol is the skyblue banner, which remains raised up at the moment of the camp’s conclusion, in expectation of the next occasion. The white stones around the flagpole are also still there, manifesting the ideal of holiness for each of us. 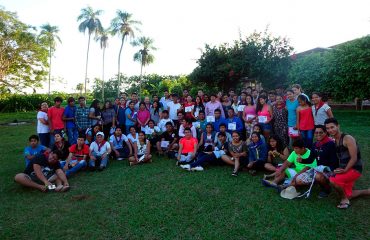 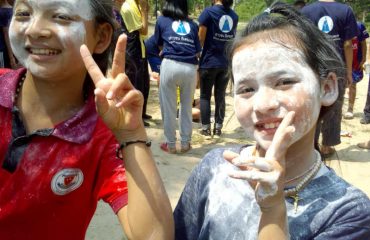 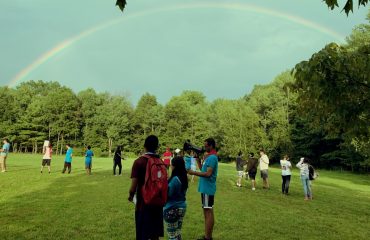